The aim of the DT Coaching Clinic is to provide a platform to better those who enjoy the sport, through coaching, and training individuals at high standards while having fun one on one.
Within the sessions, the main focus is to train with a purpose. Every idea, drill, or skill practiced has a purpose to better your core football ability.  Key ideas focused on will enhance players core football skills, working through technical sessions on speed, dribbling, first touches, footwork, agility, and game knowledge. Derek also has the ability to offer specialised sessions for strikers, midfielders and or wingers.
About Derek Tieku:
Derek Tieku is a professional football player and coach. He previously played for Fulham FC, having earned a scholarship for 2 years through the youth system. During his final year at Fulham, he was loaned out to Crystal Palace FC, where he signed a professional contract. Derek has been in New Zealand playing in the ISPS Handa and coaching for 4 years.
He was named the MVP for the ISPS Handa Premiership 19/20. He has a Football Association Level 2 coaching certificate and is currently working towards UEFA B. Derek has a strong passion for coaching as well as playing football. 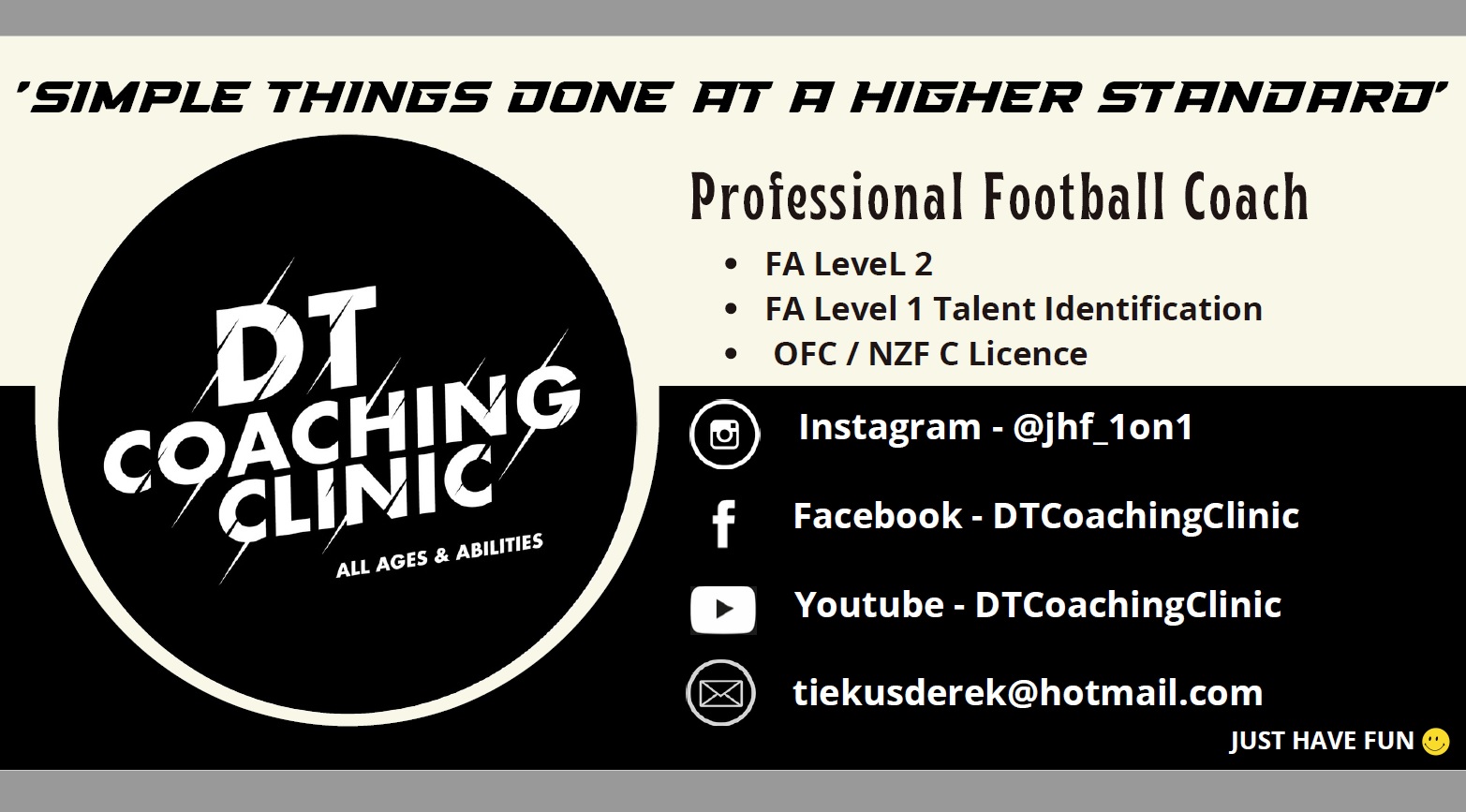